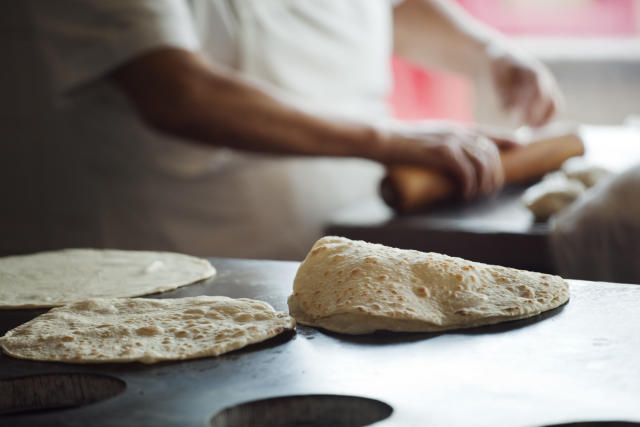 Carolina Moreno, HuffPost
Two Portland-based women were forced to shut down their burrito food cart over accusations of cultural appropriation and recipe stealing.

Liz “LC” Connelly and Kali Wilgus’ Kooks Burritos business was featured in the Willamette Week on May 16. During the interview, Connelly described how the duo made their own tortillas after taking a trip to Puerto Nuevo, Mexico, in December and obtaining information on the process.

The method by which the two non-Hispanic white women obtained the information on tortilla making is questionable.

“I picked the brains of every tortilla lady there in the worst broken Spanish ever, and they showed me a little of what they did,” Connelly told the Willamette Week. “They told us the basic ingredients, and we saw them moving and stretching the dough similar to how pizza makers do before rolling it out with rolling pins.”…

HWH COMMENT: Is this real news? With all the Mexicans and South Americans in the USA illegally using everything American as their own, and they go berserk over somebody – two white people – with a food truck making tortillas?

Americans can only make American food? What is American food anyway, but a conglomerate of foreign food. You mean white people can only make and sell white people food? What is white people food? Blacks own pizza joints. Stay in your own culture is that what they’re saying? Don’t step out and experience the culture of all those other cultures that make up America? You have to leave the tortilla and barbecue rib joints to the Mexicans and blacks? Or they’ll shut you down?

Appropriation? Anybody can make a tortilla. Almost every Mexican restaurant in America has a burger and fries section. Is that appropriation? You stole my culture?

Let us make this clear. Nobody owns a culture. Period.

Wow. It looks like maybe I’ve got to take down from my website all recipes I developed in my animal-free kitchen that could in any way resemble a different culture other than that of a white woman. What do white women eat? This means I can’t eat the food men eat.

I grew up on all kinds of food; now that’s all out the window. Burgers, fries, steak, not even chicken; I think the blacks will claim ownership there. Burgers, fries and steak that’s it. Can’t think of anything else American. Macaroni and cheese. Nope, blacks took that too.

South America has a lot of cattle, so are they appropriating USA culture when they sell steaks?

McDonald’s is going to have to close up shop in all these foreign countries where they peddle their American food. Taco Bell has been banned in the USA on appropriation grounds, unless they hire and sell to only Mexicans.

This isn’t appropriation this is prejudice in its most devious form. Keep all cultures separate. That way somebody, usually government forces, can control each culture, then each gender, then by ages and status of handicap. Then by religion, then by political affiliation. We’re moving backwards folks.

Watch out. That discrimination train is plowing through your county with separation papers on board. Better hide your food, before you’re found out.

I wonder if the photo that accompanied this article from the Huffington Post was an actual photo of these women making tortillas. Maybe they appropriated it from somebody else.