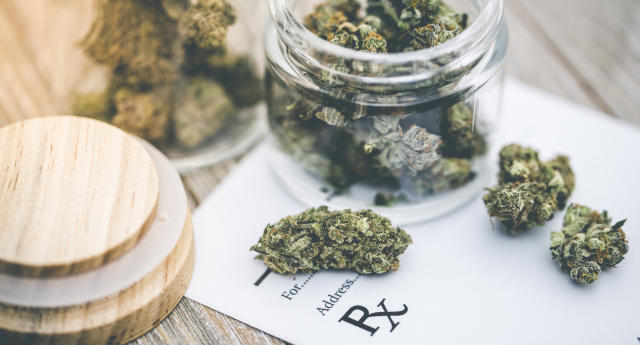 Marijuana could reduce drug and alcohol relapses for addicts

Marijuana is now legal for medical use in 29 states, and it’s no longer a secret that the drug has medicinal benefits. It’s been shown to drastically reduce the number of seizures in children, diminish the effects of post traumatic stress disorder, and relieve nausea in cancer patients.

Marijuana provides several health benefits. Many of the drug’s benefits derive from cannabidiol (CBD), one of its more than 100 active components. Unlike tetrahydrocannabinol (THC), the chemical that causes a high, cannabidiol does not have psychoactive effects — meaning that an individual can experience the medical benefits without having to experience the high.

CBD’s psychological and neurological benefits, like the ones mentioned above, have been known for some time. But this month, scientists may have found another, potentially groundbreaking advantage of the drug: a means of curb relapse rates in those suffering from addiction.

The findings appeared in a study published in the journal Neuropsychopharmacology that was conducted by a group of scientists at the Scripps Research Institute in La Jolla, Calif. To perform the preclinical trial, the scientists subjected rats to a daily intake of alcohol or cocaine that resulted in addictive behavior.

Once the animals showed signs of addiction, the researchers began to apply a gel containing cannabidiol onto the rats’ skin, once a day for a week. The addicted rats treated with CBD demonstrated not only less anxiety but also fewer relapses when confronted with situations found to trigger the addictive behavior as they recovered from addiction to either alcohol or cocaine. The researchers concluded that the treatment “effectively reduced relapse provoked by stress and drug cues” as well as “reduced anxiety and impulsivity.”

Friedbert Weiss, the lead author of the study and a professor in Scripps’s department of neuroscience, tells Yahoo Lifestyle that the outcome the team has observed is promising. “The results provide proof of principle supporting the potential of CBD in relapse prevention along two dimensions: beneficial actions across several vulnerability states and long-lasting effects with only brief treatment.”

The length of time that the effects seem to last was particularly heartening. Although the CBD treatment was ended after seven days, the rats showed reduced relapse rates for five full months afterward — an outcome the researchers called “quite unexpected.”

If it can be shown to produce a similar effect in human trials, it could offer major benefits for the millions of people currently addicted to drugs in the United States…