HWH RESPONSE: Yes. Thank you for moving in a positive direction against illegal occupation of Palestine by Israel.

Do you know how long it takes for an olive tree to grow and bear fruit? Five years to begin bearing fruit and full fruit growth in seven to eight years. Do you know the pain associated with losing all those years?

I do, and I never grew an olive tree. Why doesn’t the rest of the world see the pain Israelis inflict on the Palestinians? Take their hope away. I heard that many times in Ariel Sharon’s day. How do they do that? By taking Palestine’s means to support themselves away and turning ownership rights willy-nilly over to themselves. That’s called stealing. Larceny. Grand theft. Bigger than grand theft.

That the Israelis laugh at how poor the Palestinians, that they can’t support themselves, so they don’t deserve to be an independent nation is egregious. Unforgivable behavior by Israelis who claim to want peace with their neighbors.

Nobody has, all these years later.

When people say that, and then they demonstrate that to be a truth, then the world has no choice but to intervene and stop them before they do more damage.

The Palestinian people are in massive incarceration camps throughout those Israeli-occupied territories. They are slaves. They are not free to survive and thrive.

And now, Israelis take their plants. THEIR PLANTS! How low can anybody go? That which a people needs to subsist, the enemy, now appropriately called Adolph Hitler, moves in and takes those TOO!

The European Union took an important action. Now it is the responsibility of the USA to second that action by lifting the ban on boycotting products made by Israelis in Israeli-occupied territories.

It is morally reprehensible for Israelis to uproot Palestinian olive trees and then to plant their own seeds and sell the produce on the world market under the fake label of Made In Israel.

The gall it took. How stupid the Israelis must think the rest of the world is to accept such a lie.

The USA has factories all over the world, where they hire foreigners to operate those factories. When a product from any of those places enters for sale into the USA it has on its label the name of the foreign entity where it was actually made. It does not say MADE IN THE USA.

The only way Made In Israel could not be a fake label would be if all of Palestine was included under the Israeli flag of nationship and it clearly is not.

Palestinians are not Israelis and they do not benefit from Israeli businesses on Palestinian land. Even if they did, they still couldn’t call it Made In Israel.

The same thing will happen in Europe. The European Jews will cry anti-Semitism, they’ll stage a bunch of carefully designated, strategically placed attacks done by their own people, claiming the second Holocaust is coming and the sky will fall all over the world. Why? Because the Jews will make it fall.

Don’t succumb to their antics. They will act like addicts in need of a fix. Don’t give it. It’s time they went through the withdrawal of “we can no longer control the world through terrorizing public officials and businesses. We can no longer make people’s lives living hells till they give us what we want when we want it.”

Israelis made a huge blunder when they slapped a Made In Israel label on goods made in occupied territories. That was a sneaky, underhanded move that unfortunately the USA sanctioned by punishing businesses in the USA who refused to buy products made by Israelis in occupied Palestine.

How did they punish them? In the way Benjamin Netanyahu told them to punish them. Refuse them government contracts. What did the USA Congress do? Exactly that – democrats and republicans participated in punishing American citizens who own and operate businesses in the USA, by telling them who they could and could not buy from, at the expense of being denied government contracts.

So Israel really is running the USA?

The USA Congress colluded with Israel to keep an enslaved people enslaved by stealing its ability to support themselves.

Grow your own food in your own land, not on somebody else’s, then labeling it made in yours.

The European Union just did that.

The entire world seeks to free all enslaved people, except the Palestinians in Palestine.

Actually, Humpty-Humpty can be put back together again. I’ve seen people do it. 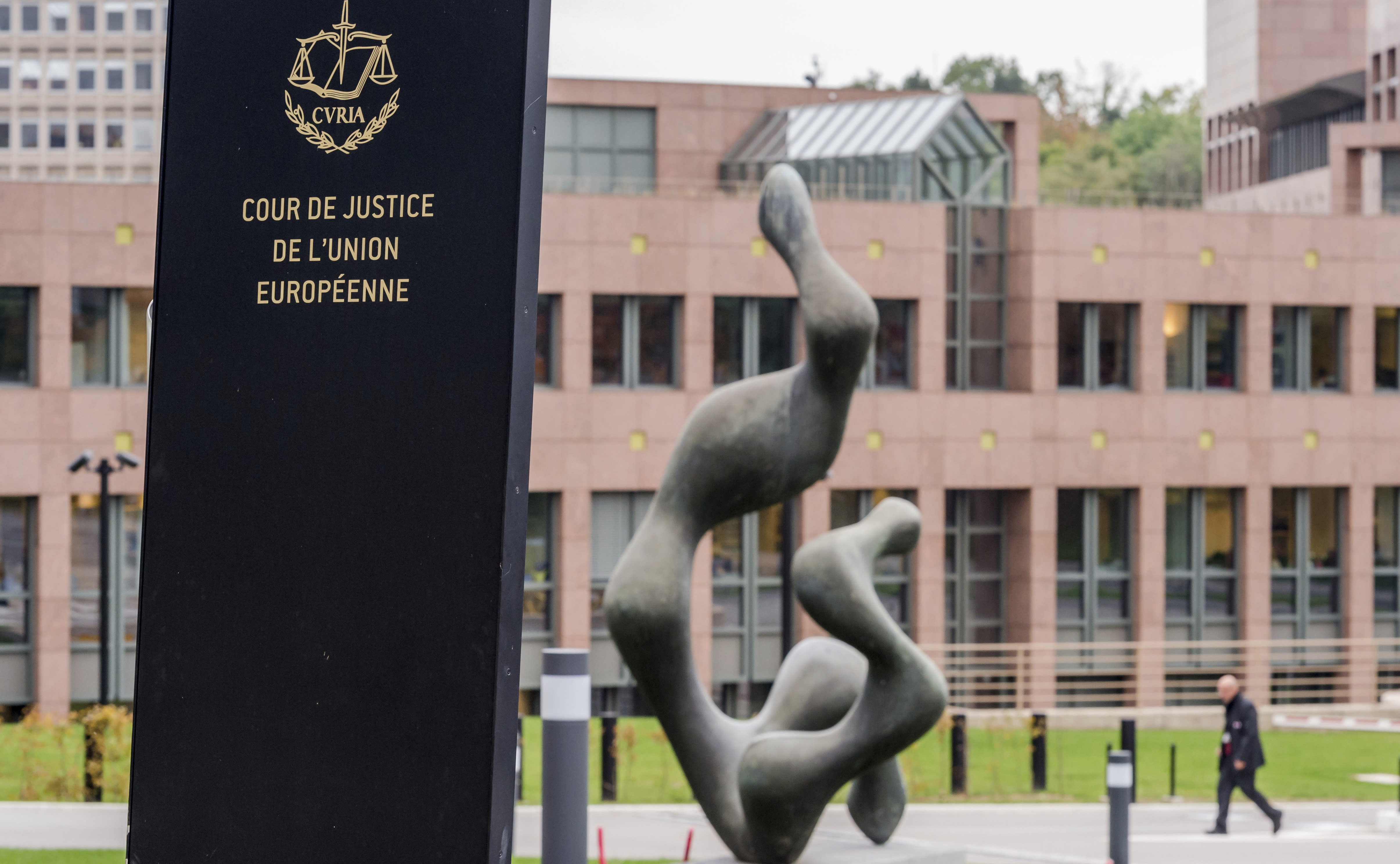 BRUSSELS (AP) — The European Union’s top court ruled Tuesday that EU countries must identify products made in Israeli settlements on their labels, in a decision welcomed by rights groups but likely to spark anger in Israel.

The European Court of Justice said that “foodstuffs originating in the territories occupied by the State of Israel must bear the indication of their territory of origin.”

The Luxembourg-based court said when products come from an Israeli settlement, their labeling must provide an “indication of that provenance” so that consumers can make “informed choices” when they shop.

The EU has consistently spoken out against Israeli settlement expansion, saying it undermines the hopes for a two-state solution by gobbling up lands claimed by the Palestinians. Israel says the labeling is unfair and discriminatory and says other countries involved in disputes over land are not similarly sanctioned.

The EU wants any produce made in the settlements to be easily identifiable to shoppers and insists that they should not carry the generic “Made in Israel” tag.

Israel captured the West Bank and east Jerusalem in the 1967 Mideast war and began settling both areas shortly afterward. The Palestinians claim both areas as parts of a future state, a position that has global support.

The international community opposes settlement construction and many countries consider them illegal. Their continued growth is seen to undermine the establishment of an independent Palestine alongside Israel. Today, nearly 700,000 Israelis live in the two areas, almost 10% of the country’s Jewish population.

The ECJ underlined that settlements “give concrete expression to a policy of population transfer conducted by that State outside its territory, in violation of the rules of general international humanitarian law.”

It said any failure to identify the point of origin of produce meant that “consumers have no way of knowing, in the absence of any information capable of enlightening them in that respect, that a foodstuff comes from a locality or a set of localities constituting a settlement established in one of those territories in breach of the rules of international humanitarian law.”

Human Rights Watch welcomed the ruling. The rights watchdog’s EU Director Lotte Leicht said it’s “an important step toward EU member states upholding their duty not to participate in the fiction that illegal settlements are part of Israel. European consumers are entitled to be confident that the products they purchase are not linked to serious violations of international humanitarian law.”

“This blatant discrimination makes it more urgent than ever for the Trump administration to defy Brussels by making official what has long been U.S. practice, to allow these products to be labelled ‘Made in Israel’,” said Kontorovich.

It’s not entirely clear how the ruling will be enforced.

European retailers would normally be expected to do the labelling, but the real origin of the produce is not always easy to identify, experts say.

The case came to court after an Israeli winery based in a settlement near Jerusalem contested France’s application of a previous ECJ court ruling on the labeling. That ruling backed the use of origin-identifying tags but did not make them legally binding.

The winery and Israel’s Foreign Ministry had no immediate comment on the ruling.

___Josef Federman in Jerusalem contributed to this report.