Commentary by Sharon 1.18-21.2022: I’m in support of the vaccine, however, if experts claim that domestic animals can be infected, but they can’t pass it on, then why kill all those hamsters and minks and other small animals who tested positive? If the dogs and cats can’t give it to humans, can they give it to each other? What makes a pet different than a rat in whether they become contagious and to whom they become contagious? Are hamsters, minks, rats domesticated?

What does domesticated mean other than they can’t pass viruses onto other domesticated animals, such as humans, they can only pass the virus to animals within their own species? I think domesticated shouldn’t be used, since it’s already been corrupted by the scientists and the governments that fund them.

No matter what they say these days sounds way off the truth. Once examined, none of it makes any sense, except when you factor in the interests of slaughter industries and the lengths science and government go to keep the human animals consuming the non-human animals. Who cares at this point who’s domesticated or not? It’s irrelevant.

Some people have snakes and rats for pets, does that mean they can’t pass it on, but they can catch it? From whom? Who do all these animals getting vaccinated potentially catch the virus from? Those who make the claims need to explain with something more than a bumper sticker answer. Give the world outside of the laboratories and halls of government more information, so they can make better choices.

In the USA they don’t tell enough. And so it seems in Russia they don’t either.

How about wolves? If they contract the virus, can they pass it on to other wolves or humans or no one?

Everybody knows that the Jews assassinate scientists, usually to make it look like some other group did it or that the person whacked themselves, so the public is familiar with the practice. If the scientists of the world don’t start telling the truth, the populace of all countries could rise up against not only the institutions where these scientists operate, but the governments that fund them.

If you’re looking for mayhem, it’s right around the corner on every block in the world. Stop messing with people’s minds when there’s a viral killer on the loose that keeps mutating and returning to finish the job. Stop covering up the truth.

Don’t cry that you weren’t forewarned.

I’ll tell you. Not unless the human is traveling in a herd or pack of animals is it likely to become an eventuality if one of the herd or one of the pack is infected. You’ve heard of herd immunity aka community immunity? You can’t get to the herd immunity until the herd is infected and by natural exposure passes the virus to other members of the herd, who through the development of antibodies become resistant to the virus over time.

So dogs pass it onto other dogs, cats to cats, humans to humans, cow to cow, pig to pig, lamb to lamb, goat to goat, chicken to chicken, rat to rat. The scientists all over the world agree that humans can eat all of them infected with the virus and not contract the virus?

So they’re vaccinating animals so they don’t spread it to each other. The domestic ones – the ones we eat. Well, if we can’t catch it from the ones we eat, then why vaccinate?

It appears that all these scientists and all these governments are simultaneously whistling past the graveyard. Go ahead, eat the infected cow, see what happens.

Another important question. If you isolate the virus from a recently dead infected cow with coronavirus (whatever the variant du jour) and inject it into a human what will happen?

What do you think will happen?

How many pigs currently infected with the virus? Better start testing.

Pigs are more similar to humans than any other animal known to date.

If my dog got coronavirus/COVID, she got it from me or my husband, since we both had it. I called a vet to ask if they had a test for dogs and they acted like I was speaking a foreign language. Why should the test be any different for dogs? Use a human test kit. The virus doesn’t mutate depending on the animal it invades. Now I’m glad they did act that way. Maybe they would have insisted on euthanizing her instead of treating her. She’s okay now, but she wasn’t for a while.

So right now, as it stands or spreads, only wild animals can infect non-wild animals – according to the world scientific community and governments that fund them. Bats they claim.

Domestic aka non-wild animals cannot pass the virus onto humans. What are humans considered, wild or domesticated?

There’s a flaw in how animals are categorized. It appears that the scientists are trying to make a paradigm fit whereby humans cannot contract the virus from any kind of other than human animal. But to say only domesticated animals and not wild animals, when bats and rats are wild and they do appear to pass it on is why there are so many conspiracy theorists out there having a party with this one.

Are cows, pigs, lambs, goats, chickens domestic animals? Tell us how scientists classify them. Differently when it comes to the virus? Well, there’s another flaw.

It appears that scientists are intentionally trying to keep the animals we eat out of the equation – are they domestic or wild?

No matter the animal, that animal can only pass it onto their own group. Then why are non-human animals passing it to humans and/or vice versa? Don’t scratch your head and say I don’t know why. Stop scratching and say they can. Non-human animals can pass viruses to human animals. Wasn’t that easy? Didn’t it clear up a lot? What you used to think was right, for political or agenda-driven purposes, was wrong. You looked in all the wrong places to design an acceptable theory for the slaughter industry, making it look like it doesn’t and can’t happen. Why? Because nobody checked to see if was, could and is continuing to happen. Now move forward with that knowledge that was begging you to set it free.

Humans don’t have any problem contracting salmonella or listeria. Consume the pig or the plant that harbored it and you get sick. Why do you think they have recalls of food? For the fun of it?

Ranchers aren’t testing their animals for the virus, because they’re not required by law to test. They police their own. Congress allows it. Congress has no business trusting slaughter industries on behalf of the public. They’re for profit, not for people or other animals obviously.

Did you know that ranchers vaccinate animals for various diseases destined for slaughter, which means the one consuming their flesh and blood is also consuming all the vaccines, drugs and hormones that the ranchers pump into the non-human animals to keep them alive and make them grow faster than normal?

If you want to solve the world’s obesity problem, stop feeding the world growth hormones injected into the flesh and blood that humans eat.

If I can contract corona/COVID virus by breathing it into my nose or open mouth where it attaches/clings to mucous membranes of the nose or mouth using those fine, opportunistic vulnerable tissues as entry points to the blood system, then any mucous membrane will work.

People with leaky gut or ulcerations in the mouth, nose or along the esophagus, anywhere along the alimentary canal, right up to and out the backdoor – also at risk.

Been rubbing your eyes lately? Everybody does it. Some demographics do it more than others. Licking your fingers? I see that a lot by black Africans in taverns and restaurants make an event out of licking their fingers, women and men both. It must have some sort of social significance.

Anybody who uses their mouth, vagina or rectum for sex is vulnerable – an opportunity waiting to be exploited.

The scientists say it can’t happen, it won’t happen because there have been no credible reports of it happening. This is where scientists lose the support of the populace, when they give rock-dum answers to important questions. This isn’t a game. Those holding the keys to the knowledge we all want, need to give it with total transparency.

It’s becoming increasingly clear that there are a myriad of ways to contract this virus, besides somebody breathing on you who has it. And I suspect that this virus has and will continue to take advantage of every single opportunistic opening to destroy that which it enters. 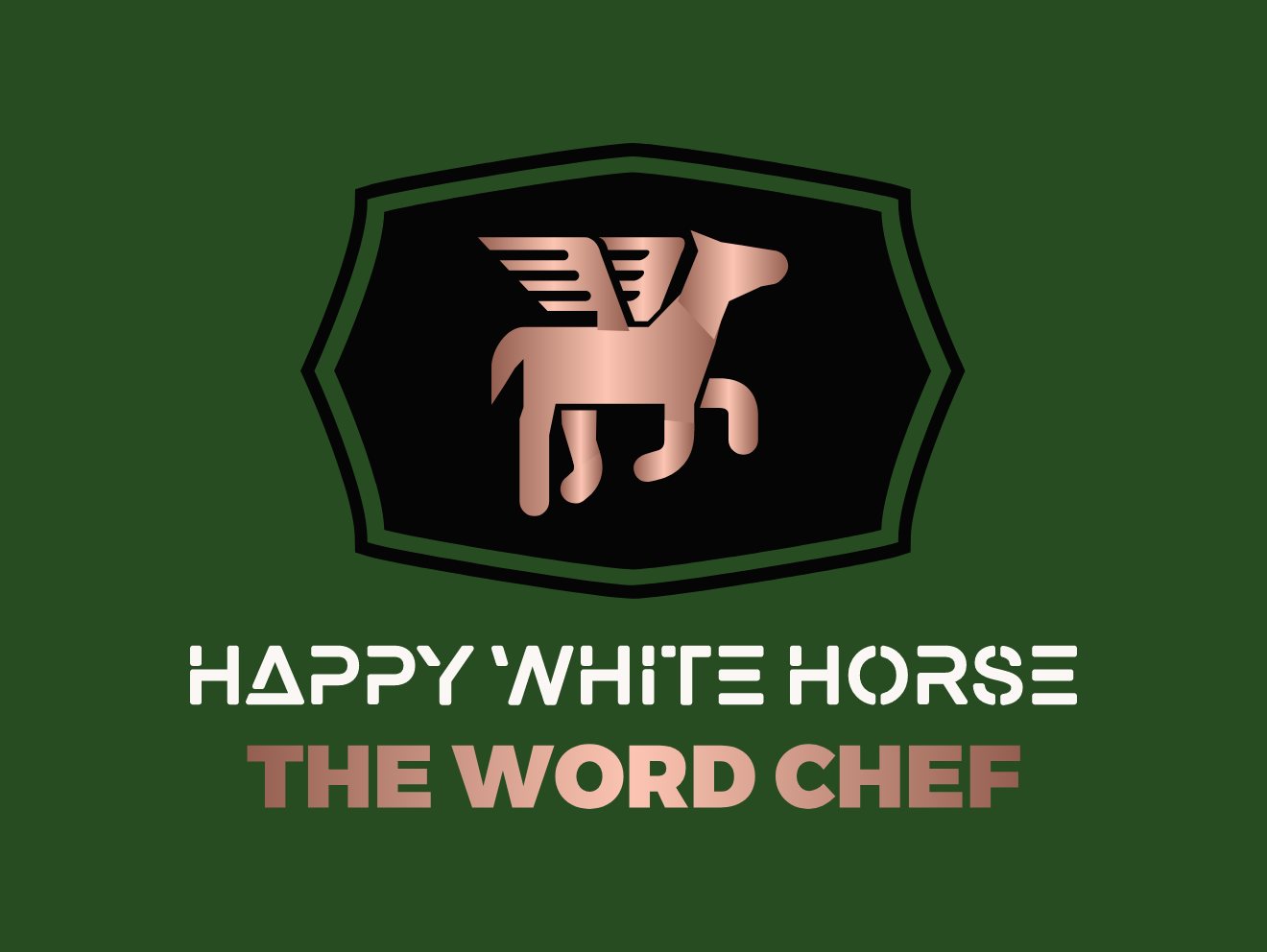 NEW POSTS COME TO YOU!