VATICAN CITY (AP) — Catholic officials in Italy have threatened former altar boys of the pope with criminal defamation charges for having publicly accused an older seminarian of sexual misconduct when they lived together at the youth seminary inside the Vatican gardens.

Church lawyers in the diocese of Como have also warned an Italian investigative news program against broadcasting the boys’ claims and have purportedly pressed a church official to recant his suggestion of a cover-up.

The response is indicative of how the allegations of gay sex among altar boys inside the Vatican walls have touched a raw nerve in the Vatican and the Italian church. The reaction has been particularly acute within a small Catholic association, the Opera Don Folci, which runs the St. Pius X preseminary in a palazzo just steps away from where Pope Francis lives.

About a dozen boys, some as young as 13, live in the residence and serve as altar boys for papal Masses in St. Peter’s Basilica.

The accusations concern a former seminarian who is now a young priest for the Como dioceses and member of the Don Folci association. Reporter Gaetano Pecoraro interviewed an ex-student who said the seminarian would come into his dorm at night demanding oral sex, starting when he was 13 and continuing until he was 18.

The seminarian was a year older and held a position of authority over the other students, reported the ex-student who was identified only as “Marco.”

The student’s roommate, Kamil Jarzembowski, said he witnessed dozens of incidents, first denouncing them to seminary officials, and then in writing to cardinals and finally the pope in 2014. Church officials say internal church investigations were conducted, though initially not interviewing the boys in question, and the claims were determined to be false.

The accused seminarian, meanwhile, was ordained a priest earlier this year. None of the accusers continued on to the priesthood… 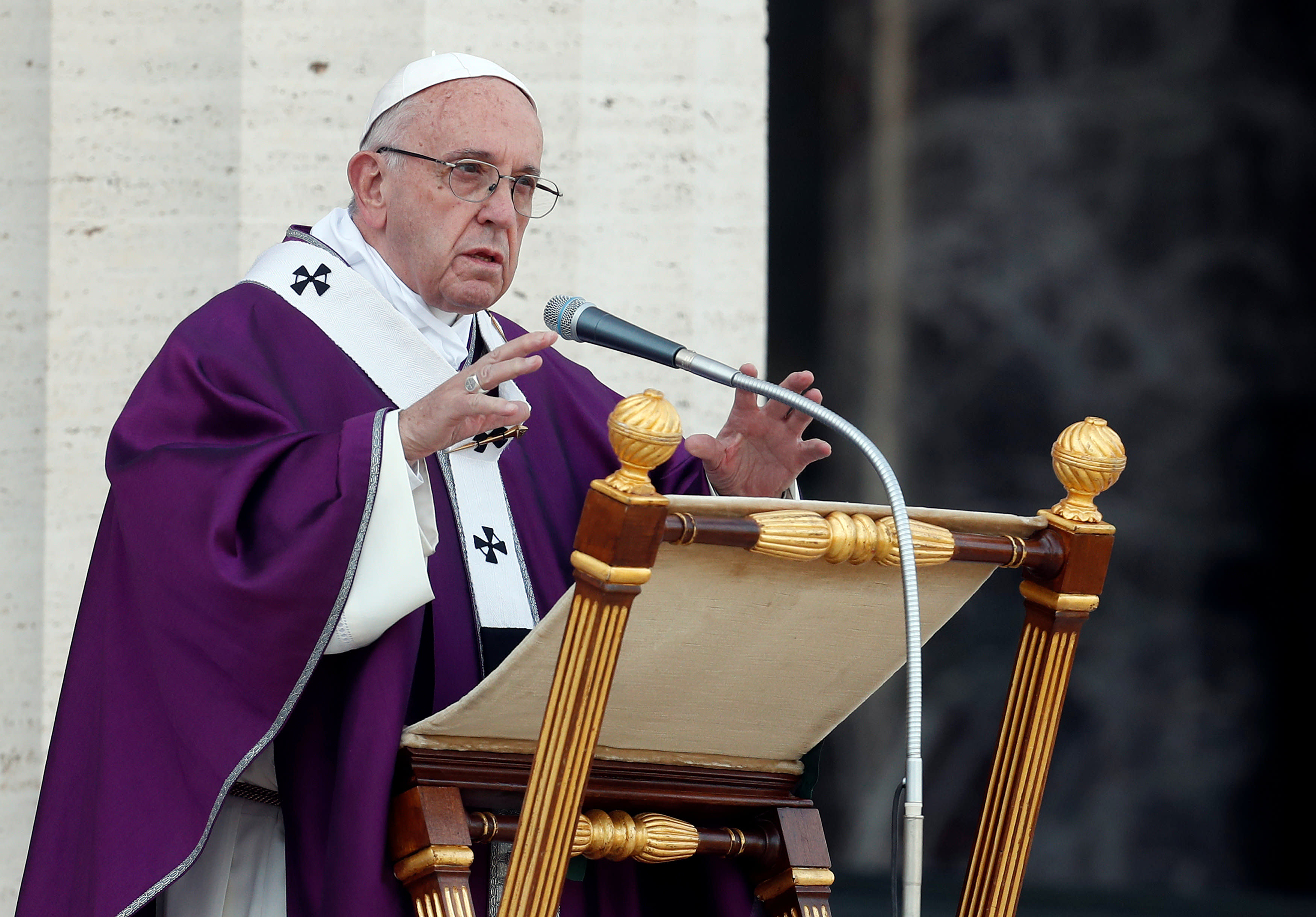 Pope Francis has requested that Roman Catholic priests be given the right to get married. The request applies to priests in Brazil, and is on the agenda for an upcoming synod (church council) in the Amazon region. The controversial move would address the critical shortage of men joining the priesthood

Pope Francis has requested that Roman Catholic priests be given the right to get married.

The request applies to priests in Brazil, and is on the agenda for an upcoming synod (church council) in the Amazon region.

The controversial move would address the critical shortage of men joining the priesthood – but is likely to drive divisions through the church by enraging conservative factions.

A small number of married Roman Catholic priests already exist, including previously married Anglican vicars who have joined the church.

A request to lift the ban on marriage was made by Brazilian bishop Cardinal Claudio Hummes, who reportedly asked the Pope to consider ‘viri probati’, meaning married of great faith, as priests.

Derry priest Father Paddy O’Kane suggested that Pope Francis may move to end celibacy earlier this month, saying there was support amongst the church for the idea.

“I have recently heard that the pope wants to fulfil this request – as an experimental, preliminary phase for the moment confined to Brazil.”

Finish up here: Pope Francis requests Roman Catholic priests be given the right to get married

In pronouncing the death penalty “contrary to the Gospel,” Francis appears to be saying something that none of his predecessors ever said.

Pope Francis set the cat among the pigeons last week, telling an audience convened to mark the 25th anniversary of the Catechism of the Catholic Church that “the death penalty is an inhumane measure . . . regardless of how it is carried out” and must be regarded as “contrary to the Gospel.”

That got everyone’s attention…

To nonbelievers and non-Catholics, the whole subject may seem little more than Vatican shop talk. Legislators, not popes, write our criminal codes. If Francis wants to change church doctrine, why should outsiders care?

This is why: because the death penalty is a tool of justice that no decent society should unequivocally renounce, and because more innocents die when the worst murderers face only prison. The Catholic church at its best has been a mighty upholder of human dignity. But when remorseless killers have a greater right to life than their victims, human dignity is trampled into the mud. Is that the legacy Pope Francis seeks? …

Finish reading: On the death penalty, Francis is going where no pope has gone before – The Boston Globe

HWH Comment: Jeff Jacoby may be missing the point. The pope isn’t saying that a killer’s life is more important than the life of the one the killer killed. The pope is saying that the act of killing is wrong – no matter who is doing it and why. The death penalty is not a tool of anything except cold-blooded revenge carried out on behalf of the one killed by supposedly disinterested parties (people other than the family of the victim). A decent society would ban the state-sponsored killing of an individual to avenge the families of victims. The state should not be in the business of killing anybody for the purpose of punishment. There is no moral equivalency between committing a murder against an innocent and the state committing a murder to avenge that death. Both are wrong. Neither is justified – neither the action nor the reaction. Setting the example of civility, especially by the state, is paramount to furthering the goal of global civilization. Continuing the cycle of killing does not move advance that noble cause.

It doesn’t matter if a killer is remorseful or not. It is not our job nor our responsibility to act as the killer acted. That makes us equally guilty.

Pope Francis is correct in his direction to eradicate state-sponsored killing as punishment for crimes committed.

Like Loading...
VATICAN CITY, June 26 (UPI) — The Vatican formally recognized Palestine as a state Friday, with the signing of a treaty, the product of 15 years of negotiations.

The agreement involves “essential aspects of the life and activity of the Catholic Church in the State of Palestine,” a Vatican statement said.

The acknowledgement of Palestine’s identity, Vatican ambassador Archbishop Paul Gallagher said, is meant to be a “stimulus to bringing a definitive end to the longstanding Israeli-Palestinian conflict, which continues to cause suffering for both parties.” He added he hoped the “much desired two-state solution may become a reality as soon as possible.”…