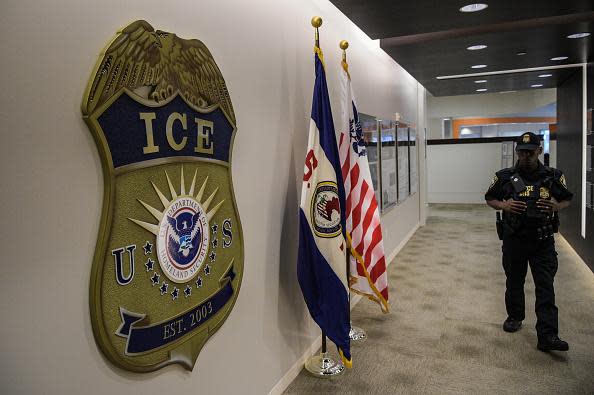 THESE RHINOS ARE SO HAPPY ABOUT THE ‘MEATPACKERS GETTING BUSTED’ NEWS story THAT THEY’RE STACKING UP TO TAKE A LOOK – MAYBE THEY CAN JUMP THE FENCE TOO!! LOL (WHAT?!)

We thought they only picked fruits and vegetables. Now they’re packing animals too? They’re slaughtering them, then shipping them to PARTS UNKNOWN for Anthony Bourdain’s personal use? Now that’s a job everybody wants.

meatpacking – meat-processing. WHICH IS IT? WHAT’S THE DIFFERENCE?

Animal Processing and Animal Packing facilities are protected by the USA government.

Nobody knows what really goes on there. The public is not allowed an up close and personal view – you know, like school kids get to go to dairy plants (actually bottling plants) to see how milk is made, actually how milk is bottled (not made). There are no school trips to a slaughter house now called a meat – not animal – processing plant for the purpose of sanitizing the act for public approval. Kind of like enhanced interrogation isn’t called torture, and death by enhanced interrogation isn’t called slaughter, but it really is.

“A slaughter plant breaks down the whole carcass into cuts of meat, whereas a rendering facility produces a variety of by-products.

There are two types of rendering facilities – independent and integrated.

An independent plant is one that picks up grease, blood, feathers and offal (internal organs and entrails) for further processing and development.

Integrated facilities are physically connected to the slaughter plant and operate in conjunction with each other.

The by-products of slaughter are used to make several essential products that fall into two categories: edible and inedible.

Edible: these plants process fatty animal tissue into edible fats and proteins. The only material that goes into these products (which are USDA and FSIS inspected) are fats from the animals carcass. THERE IS NO BONE OR OTHER INEDIBLE MATERIAL THAT ENTERS THE EDIBLE FOOD SUPPLY…Source

Bureau Of Labor Statistics list those who work in the industry as of May 2016 as:

So, these are government listed jobs with estimated hourly and yearly wages. Depending on state it could range from 18k to 33k annual income.

Yeah, so why are they hiding workers who aren’t plant-pickers? Looks like because they can. The slaughter industry is anything but transparent. What goes on there – what really goes on there – humans rarely see or even hear about. It’s a corrupt, evil environment that needs to see the light of sunshine.

For the activists who get in? and then report on it? They’re persecuted. Forever.

OPEN THE DOORS BOYS AND GIRLS.

They’re Processing the LITHUANIAN for rendering and packing.

I can’t help but think of the families of all those enslaved, tortured, slaughtered, broken up, destroyed forever, by the Hand of Human Men & Women & Children who through their actions say, YOU DON’T MATTER BECAUSE WE DON’T CARE.

Ninety-seven people were taken into custody during a federal immigration raid at a Tennessee meat processing plant on Thursday, civil rights activists told the Associated Press.

The raid, which took place at Southeastern Provision, a meat processing plant in Bean Station in Tennessee, detained 86 people for being in the country illegally and 11 others based on criminal charges, spokeswoman Tammy Spicer for the U.S. Immigration and Customs Enforcement agency told the AP.

During that search, HSI encountered 97 individuals who are subject to removal from the United States,” Spicer said in a statement sent to Newsweek…

Thank you ICE workers For YOUR Service.